(TFC) – More than 15,000 soldiers have quit the British Army last year due to declining morale within the ranks.

Britain’s army shrinking is nothing new, however, this figure represents almost one-fifth of the just over 80,000 soldiers serving in the British Army leaving in the past year, and is thought to be the largest single year’s fall in last two decades.

According to official Ministry of Defense figures, only 1,759 of the 15,325 regular troops to have left this past year did so because their time was up. Nearly half – 7,439 – quit early, exceeding the 7,260 who left the Armed Forces during the previous year. There are now concerns that worsening conditions, moral questions, and a lack of “operational tempo” is failing to motivate soldiers to stay enlisted.

The Queen’s army has seen a nearly 20% decline in soldiers serving in the army in the past year. The situation was compounded by the 3,325 who were sacked on disciplinary grounds, and a further 2,337 who were “medically discharged”, with almost 10,000 personnel having contracted a sexually transmitted disease (STD) since 2012.

“There is little doubt morale is under enormous pressure.. Particularly concerning is the effect of ‘historic war crime’ allegations. There is an increasing feeling that soldiers or veterans who find themselves arraigned for doing what they thought was right for their country are pretty much on their own.” 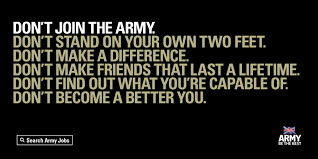 “The Army has enough people to perform all of its tasks to keep Britain safe and continues to offer exciting opportunities that inspire the best of our young people. We’ve seen an increase in recruitment over the last year and we expect this trend to continue.”

This idea was rejected by Col Richard Kemp, who commanded British forces in Afghanistan saying;

“These latest figures show that while they may be recruiting, there is a serious retention issue. We have witnessed an erosion of service benefits, legal vendettas and, since the withdrawal from Afghanistan, a lack of “operational tempo.”

It seems that many British feel that their servicemen are being sacrificed too cheaply in unnecessary foreign wars, and that the post-Brexit populous has grown disenfranchised fighting NATO’s endless unwinnable wars in the middle east.

Meanwhile, more than 800 UK troops are set to deploy to Estonia with NATO in of the largest British deployments to Eastern Europe in decades, said to be “vital at providing reassurance to a key NATO partners in the face of Russian aggression.”